Get plugged in to independent music, culture & news!

French Band TALIA Brings Its Big Sound to the U.S. with new EP ‘Thugs They Look Like Angels’ 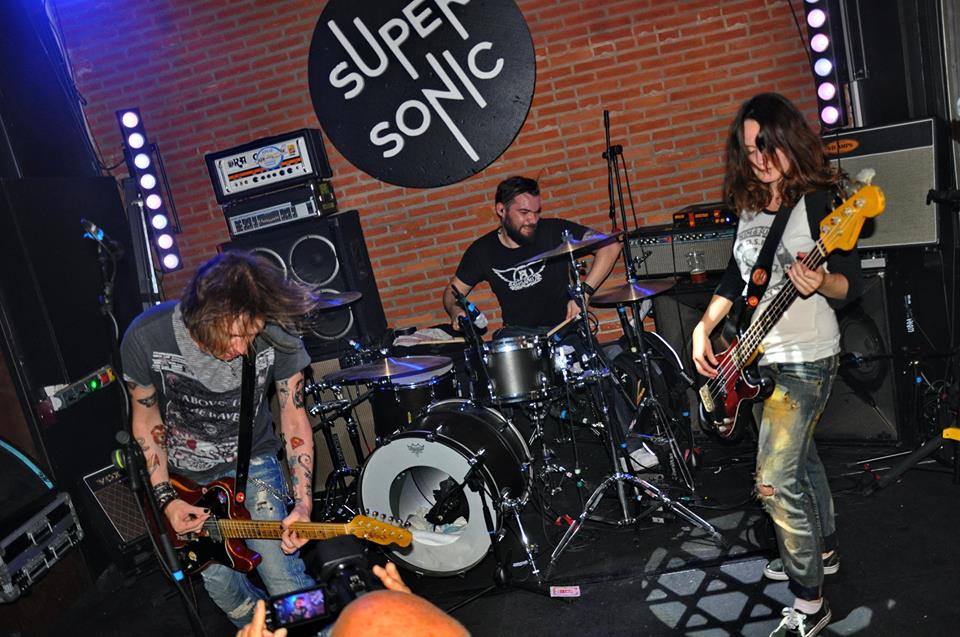 While in West Hollywood at the legendary Whiskey a Go Go, Center Stage Magazine was fortunate enough to catch the opening act for Soul Asylum. I was completely unknowing that I was about to be blown away by the female bassist in Talia. Together with the lead vocalist Nicolas Costa, they captured the attention of everyone who attended the show that night.

Their energy and chemistry on stage was infectious. I could not help wanting to see more and was almost saddened when they were finished with their set. Though we were not there initially to see them, I am so glad that the Center Stage Crew had this amazing opportunity.

As soon as their performance was finished, Co-founder Tommy Lemon, our photographer Kristin and I complemented them on their stellar performance and gave them our business card as we expressed our interest in speaking with them in the future. Thankfully, Costa reached out to us immediately and granted us an interview.

While speaking with Costa, I could hear the appreciation he had for the fans they played for that night. Maybe he was not expecting the reception they received, but I know it was a well-deserved one. Being a French Rock Band has not been as easy for the band as it appears to be in the US though they are continuing to work hard, write great material and are creating incredible music videos that capture the moods and lyrics within each song perfectly.

The video for “American Bride” is a fantastic video; however, the detailed work and creativity within “Every Minute Every Hour” was ingenious. During our conversation, we spoke about the making of these two videos and what the thoughts were behind them. I think I might have caught Costa off guard when I expressed that my favorite video was his demo video “Bleed You Dry.” Listen to our full conversation now to get to know this extremely talented and humble artist.

Their newest release Thugs They Look Like Angels is available for download now, but for true music fans and collectors, getting it on vinyl is best. Get your copy now in whatever format works best for you, just get it. Please share their music with all rock lovers in your life. Follow them on social media and tell them we sent you. ~Missy